When I was five, I secretly went on a tour with my younger sister in tow by bus and train across the city to our grandparents’ house. As a teenager, many trips followed to visit friends abroad. Whenever I had to make a decision between material objects or an expensive flight, I didn’t even think twice and booked the flight.

I am now in the fortunate position to have seen much of the world. When I had the opportunity and/or work, I stayed longer in places I liked. I lived in the Netherlands for two years, in Canada, the USA, and in Brazil one year each, and in Mexico and Australia for three months. I lived in the Netherlands for 2 years and I didn’t want to miss these stays abroad. Apart from the many sights and great nature I encountered, I have been impressed mostly by the diversity of people from other cultures. For me, there is no better way to broaden one’s horizons.

My most beautiful destinations: 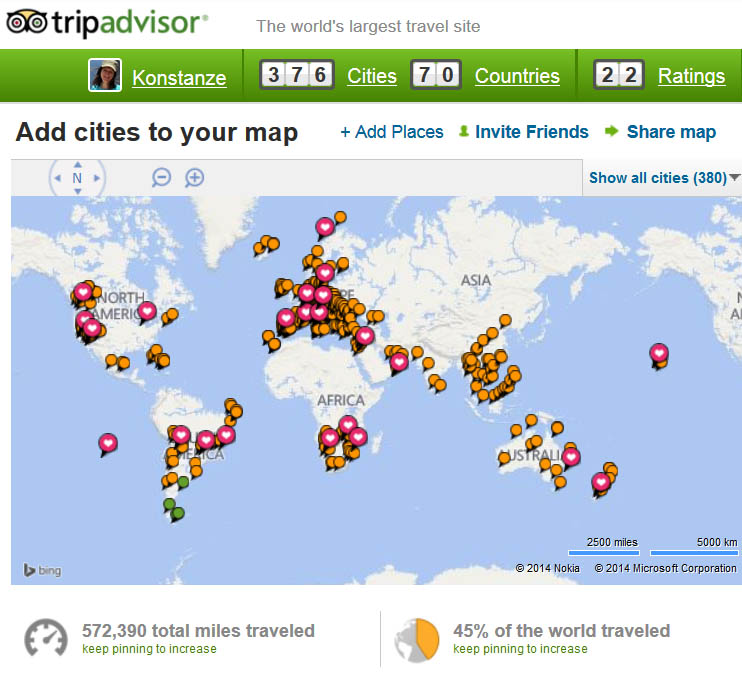